Late in 2014, the San Francisco Board of Supervisors passed an unprecedented city ordinance dubbed the âretail workers bill of rightsâ. It requires the cityâs large chain retailers to post workersâ schedules at least two weeks ahead of time, and that workers will be owed additional pay if unexpected changes are made to their posted schedules or if their âon callâ shifts are cancelled. The law also requires that employers offer extra hours to existing workers, rather than hiring additional part-time or temporary workers. This conversation was prompted by new uses of technology in scheduling. But is the technology creating these problems, or is the problem the way that people are using it? 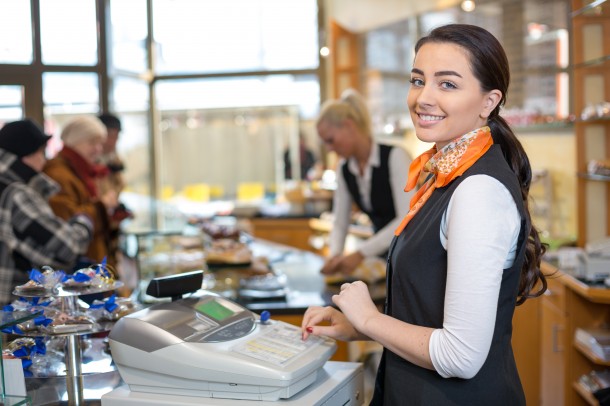 The issue of âjust-in-timeâ scheduling and its impacts on workers came into the spotlight this summer, when the New York Times published a profile about a Starbucks employee whose life was in disarray after the company began using a new scheduling system. She was a single mother, and often only had less than 3 daysâ notice about her schedule â which could then change at a momentâs notice if the numbers dictated it. These policies made finding childcare for her 4 year old son a logistical challenge, and even forced her to stop school because she couldnât commit to classes due to the variability in her schedule.

Just-in-time scheduling is the practice of using scheduling software that takes into account sales numbers, delivery events and other variables to determine how many employees are needed in each location and at exactly what time.

On one hand, it gives schedulers unprecedented control to fine-tune schedules based on fluctuating demand, and turns the schedule into a tool to help drive profits. On the other hand, these policies can lead to a lot of insecurity for employees, especially in low-income industries. In the case of Starbucks, it led to shifts called âclopeningâ, where employees were expected to work a closing shift until 11 pm, then return to open the store at 5 am the following day. After the publication of her story, Starbucks also announced they would review their scheduling policies.

The new city laws in San Fran are a new attempt to limit the instability of scheduling policies for low-income workers, and force employers to publish more regular schedules and offer compensation for cancelled shifts. However, the laws have proven quite controversial.

The San Francisco Chamber of Commerce published a letter of opposition, stating that they felt these laws had been drafted behind closed doors without sufficient engagement of employers. They emphasized a set of key issues: that the scope of the laws went beyond true retail industry workers into staff like custodians, that the notice and penalty thresholds were unreasonable, that employers need the right to hire for âon-callâ positions without incurring penalties, and that there should be language to allow a waiver in a collective bargaining agreement. The core of their concerns lies with the increased costs to businesses caused by the new laws, not only in terms of increased payroll costs but also penalties for non-compliance.

Their opposition makes some sense, and hopefully the new ordinances wonât lead to loss of jobs for low-income workers in the city. But there is also evidence suggesting that more supportive schedules for employees can help cut costs.

This recent study suggested that by following a few key principles â asking employees about availability, scheduling by week instead of by day, posting schedules in advance, and hiring fewer workers to give more hours â retail companies could actually significantly reduce their turnover and absenteeism costs. The authors argue âjust-in-timeâ scheduling may take into account sales data but ignores critical realities about employeeâs lives, leading to a situation with unnecessarily high turnover costs â as well as a lot of bad press.

Some voices in this debate are laying blame firmly at the feet of the scheduling technology itself, arguing that it increases the power employers have to exploit their workers. But this misses the mark â scheduling software can help achieve more supportive schedules with better balance between the needs of employers and their employees. In a system like StaffRight Omni, workers can update their own availability, and even enter which days of the week they are available on short notice. Managers can tell at a glance which employees are keen to pick up additional shifts, and which have constraints like childcare that limit their flexibility. Rules like a minimum number of hours between shifts can be added, a common requirement in unionized workplaces that can be implemented in other industries to help improve scheduling stability. Automatic schedule generation can still occur â it just takes into account these additional variables.

Beyond that, there is also the question of whether managers are complying with company policies. After Ms. Navarroâs case was publicized, Andrew Alfano, the senior vice-president of retail at Starbucks, stated that the company policy was to provide at least a weekâs notice for schedules, and the option of stable schedules for employees that needed them. But in NYT interviews with Starbucks employees, itâs clear that those policies were not being followed at the store level. Another advantage of scheduling software is the ability to audit where policies are being violated and by whom â the problem might not be with the central policies in the first place, but with the managers interpreting them. Schedule automation can help enforce central company policies at every location. The problem is not with scheduling technology itself, but how that technology is sometimes applied. Something needs to be done about this, and hopefully the new Retail Workers Bill of Rights is a solution that can lead us in the right direction.


Categories
Latest Posts
Microsoft Envision: What is & How to Keep Up-to-Date

Everything You Need to Know About the AX Compensation Module

How Position Management Helps You Manage Your Workforce Better

Integrates with Human Resources AX and Advanced Payroll AX to simplify all time and attendance processes in your organization.
Blog
April 1st, 2016
Microsoft Envision: What is & How to Keep Up-to-Date

January 14th, 2016
Everything You Need to Know About the AX Compensation Module